With just days left until Election Day, Michelle and Ross are joined by the Time magazine columnist and senior editor of The Dispatch, David French. Together, they revisit last year’s conservative brawl over “David Frenchism,” give the Lincoln Project more airtime than it deserves, and debate the impact Amy Coney Barrett’s confirmation will have on the religious conservative vote. All three make their election predictions, including in some surprisingly competitive Senate races.

Then, how likely is the re-election of Donald Trump to spur the dissolution of the United States as we know it? David makes the case for a relatively bloodless “Calixit,” and Michelle prefers a “velvet divorce” to a violent civil war. But how likely is either?

And finally, David recommends what “may be the last unifying piece of pop culture left in the United States of America,” available now on Apple TV. 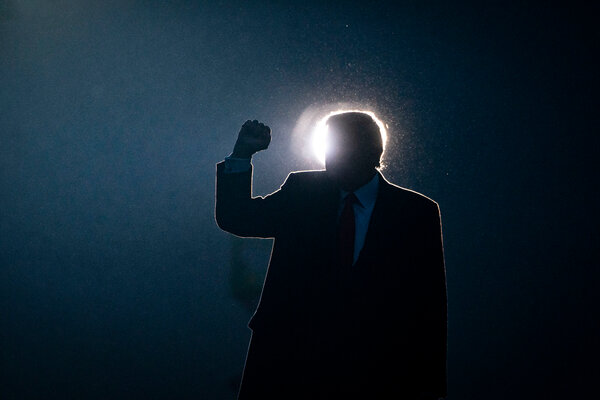 Adam Serwer, The Atlantic: “The Cruelty Is the Point”

Ross on the temptation against NeverTrumpism, “David Frenchism,” and why there will be no Trump coup

David French’s book, “Divided We Fall: America’s Secession Threat and How to Restore Our Nation”

The Ringer: “How on Earth Is ‘Ted Lasso’ Actually Good?”

Press play or read the transcript (found by midday Friday above the center teal eye) at the top of this page, or tune in on iTunes, Google Play, Spotify, Stitcher or your preferred podcast listening app. Tell us what you think at [email protected]