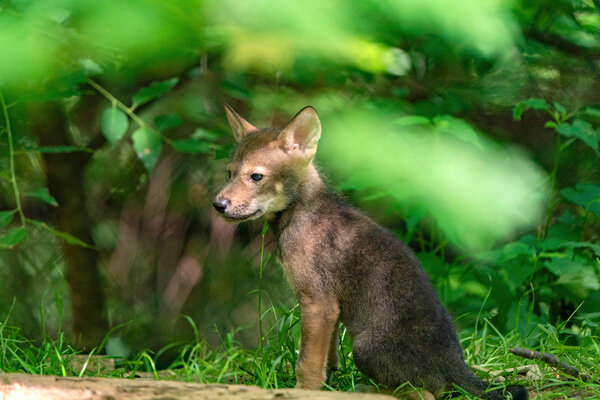 Ms. Renkl is a contributing Opinion writer who covers flora, fauna, politics and culture in the American South.

NASHVILLE — The media hasn’t paid much attention to the Recovering America’s Wildlife Act. With a war raging in Ukraine, a domestic economy in tumult, an attempted coup being explicated on national television, a virus that keeps evolving and a devastating heat wave enveloping parts of the United States and Europe, that’s not surprising. But this landmark legislation, known in conservation circles as RAWA, is poised to become the single most effective tool in combatting biodiversity loss since the Endangered Species Act.

The bill, which the U.S. House passed last week in a 231-to-190 bipartisan vote, will now head to the Senate, where it has already collected 16 Republican co-sponsors.

For months now, the Alliance for America’s Fish and Wildlife, Audubon, the National Wildlife Federation, the Nature Conservancy and the Sierra Club — among many other environmental groups, including local advocacy organizations and state wildlife agencies — have been rallying their followers to support the bill. The Natural Resources Defense Council calls it “A Homerun for America’s Wildlife.”

The Endangered Species Act was signed into law in 1973, a time when Americans were finally waking up to what human activity was doing to natural systems. But the law has always been poorly funded, with resources sufficient to safeguard only a tiny fraction of threatened or endangered species. “Unfortunately, House and Senate appropriators have made it clear that saving endangered species is not their top priority,” said Stephanie Kurose, a senior policy specialist at the Center for Biological Diversity. “The Recovering America’s Wildlife Act is now our best chance to combat extinction in the United States.”

If signed into law, RAWA would establish $1.39 billion — you read that right — for wildlife conservation. Disbursed each year to states, territories and tribal nations according to demonstrated need, these federal funds would be used to help endangered and threatened species recover, and to protect struggling species before they become endangered.

Having so many Republicans so wholeheartedly on board with a wildlife preservation bill is of a piece with history, if not recent history. The Endangered Species Act was passed at the urging of President Richard Nixon, a Republican. The Senate version of that bill passed with unanimous support; the vote in the House was 390-to-12 in favor.

By today’s acrimonious norms, this is an unthinkable level of bipartisan support — for anything, really, but especially for a conservation law. Over the years the Endangered Species Act has been bitterly opposed by business interests allied with Republicans: the fossil fuel industry, the logging industry, the construction industry — pretty much any industry whose orientation toward the natural world is based in an unquestioned belief in human dominion over nature.

According to this worldview, what’s best for human beings is what best caters to human consumption. That is, what’s best for us is what allows commodities to be produced quickly, distributed widely, and sold cheaply. This mind-set regards environmental protections as policies that value the lives of animals and plants over the lives of human beings. That’s why the last Republican administration did everything in its power to gut the Endangered Species Act.

But there is more than one way to define what’s best for human beings. You don’t have to nurse a fondness for spotted owls or snail darters — creatures at the heart of two of the most contentious environmental debates in recent history — to understand that what is best for the ecosystems we share with nonhuman animals is what’s best for us, too.

We are not apart from nature. We are a part of it. Whatever happens to the air that spotted owls breathe, and the water and soil that feeds the forests they dwell within, also happens to the air we breathe, the trees that filter the carbon we produce, the water we drink, the climate that affects it all. This is what Kameran Onley, the director of North American Policy and Government Relations at The Nature Conservancy, means when she says that “America’s biodiversity loss is not just a crisis for the species that make up the country’s unique and iconic wildlife; it’s a threat to our future.”