Even with everything we know about President Trump’s deep and abiding disrespect for women, it was disconcerting to see him treat a U.S. senator — from his own party, no less — like a dog.

At a rally in Arizona on Wednesday, Mr. Trump made clear his impatience with sharing the spotlight, no matter how briefly, with Martha McSally, who is struggling in her race against Mark Kelly, a Democrat. “Martha, just come up fast. Fast. Fast,” he called from the stage, rotating his hand for emphasis. “Come on. Quick. You got one minute! One minute, Martha! They don’t want to hear this, Martha. Come on. Let’s go. Quick, quick, quick. Come on. Let’s go.”

Perhaps more disheartening than the president’s imperious call was the senator’s scurrying to his side. “I’m coming!” she cried, grinning brightly and giving him a jolly elbow bump. “Thank you, President Trump!” 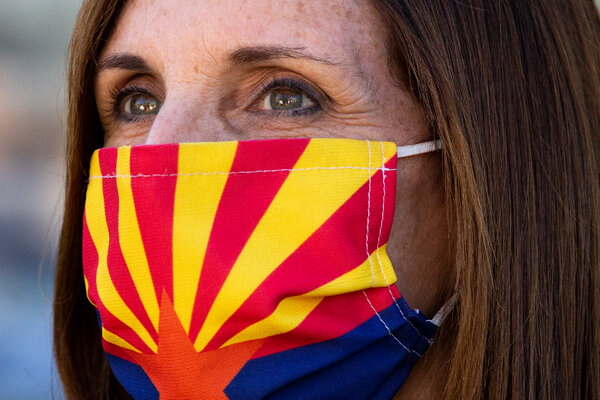 Thank you? For what, exactly? For humiliating her in front of her constituents? Or maybe for reminding women everywhere that to be in today’s Republican Party requires a particularly gross form of self-abasement: choking down an endless stream of disrespect, vulgarity and outright misogyny to prove that you can hang with the Big Boys in all their retrograde, machismo-soaked Trumpiness?

No wonder the Republican Party is facing a gender gap the size of the Mariana Trench.

Ms. McSally wasn’t the only one having a rough Wednesday. Senator Kelly Loeffler, locked in a tight race in Georgia, stumbled into her own Trump-themed episode of shame. Asked about the infamous “Access Hollywood” tape — you know the one, in which Mr. Trump boasts about grabbing unsuspecting women in unacceptable places — Ms. Loeffler bobbed and weaved and, when pressed, insisted she was “not familiar with that.”

Hear that? It’s the sound of an entire nation guffawing at the absurdity of this claim. Or maybe the senator really is that clueless — the possibility of which should give Georgia voters pause.

Although in a slightly different category, let’s not leave out the awkward Wednesday moment had by Senator Susan Collins of Maine. In her final debate with Sara Gideon, a Democrat whom polls show running slightly ahead of Ms. Collins, the senator refused to say whether Mr. Trump deserved to be re-elected. “I’m not getting into presidential politics,” she demurred.

Ms. Collins has declined to officially endorse Mr. Trump this cycle, and she will not say whether she will be voting for him.

Such dodges are classic Collins, characteristic of the knots into which she often ties herself in an effort to not upset the party’s Trump-loving base while clinging to her reputation as an independent-minded moderate. It’s not that the senator is unwilling to call out the president when he says or does something she finds “inappropriate,” “improper” or just plain “wrong.” Her many and varied expressions of concern and disappointment have, in fact, become a running joke in political circles. But for all of Ms. Collins’s public agonizing, at key moments she has had Mr. Trump’s back, including her votes to confirm Supreme Court Justice Brett Kavanaugh and to acquit the president of impeachment charges. Post-acquittal, she assured Americans that Mr. Trump had learned “a pretty big lesson” from the experience — a comment so ludicrous she promptly tried to walk it back.

Many voters in Ms. Collins’s blue home state do not appear impressed with these gymnastics. Her popularity has plummeted in the Trump era, with women voters turning especially hard on her.

It’s no mystery why these senators are loath to cross the president. Mr. Trump expects a certain level of obsequiousness from, well, everyone. Those who fail to lick his boots with sufficient frequency or enthusiasm risk incurring his wrath and that of his impassioned fans. (Just ask Gretchen Whitmer, Michigan’s Democratic governor, how unpleasant that can be.) Indeed, when Ms. Collins opposed rushing through the nomination of Amy Coney Barrett to fill the Supreme Court seat left vacant by the death of Ruth Bader Ginsburg, Mr. Trump trashed her on Twitter. Whether this will, on balance, help or hurt Ms. Collins’s balancing act will be clear soon enough.

Certainly, women senators are not the only Republican officials compelled to sacrifice their integrity and self-respect to keep Mr. Trump happy. (Two words: Lindsey Graham.) But for a party that for years has been grappling with a serious woman problem — both getting women elected and, more broadly, getting women voters to support its candidates — the sight of women senators constantly debasing themselves for this president sends an unfortunate message. Voters outside of the Trumpian bubble, including many of those “suburban housewives” already uneasy with the president’s methods, are unlikely to be won over by such displays.

Mr. Trump’s political brand has been built on a foundation of white grievance and sexist masculinity. He has worked to drag the entire party down that path with him. Republicans will be working to repair this damage long after he is gone. 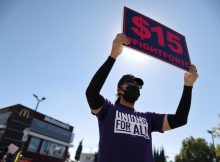 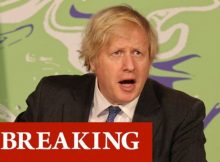