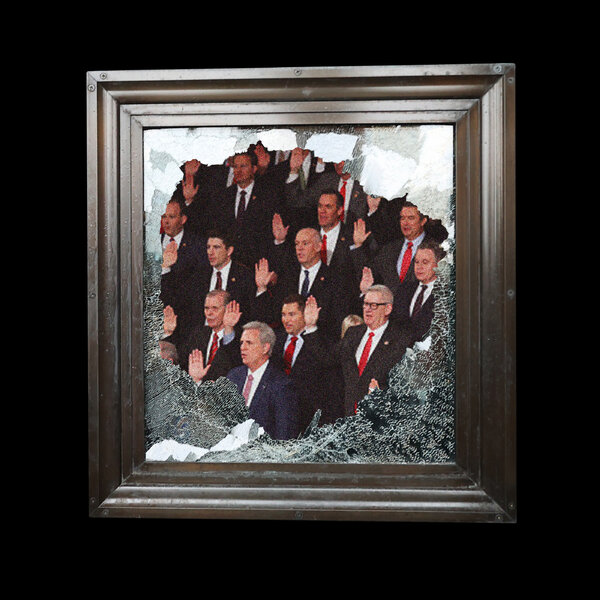 The more important part of the coup attempt — like legal wrangling in states and the attempts to sabotage the House commission’s investigation of Jan. 6 — is still going strong. These are not separate and discrete episodes but parts of a unitary phenomenon that, in just about any other country, would be characterized as a failed coup d’état.

As the Republican Party tries to make up its mind between wishing away the events of Jan. 6 or celebrating them, one thing should be clear to conservatives estranged from the party: We can’t go home again.

The attempted coup’s foot soldiers have dug themselves in at state legislatures. For example, last week in Florida State Representative Anthony Sabatini introduced a draft of legislation that would require an audit of the 2020 general election in the state’s largest (typically Democratic-heavy) counties, suggesting without basis that it may show that these areas cheated to inflate Joe Biden’s vote count.

Florida’s secretary of state, a Republican, knows that an audit is nonsense and has said so. But the point of an audit would not be to change the outcome (Mr. Trump won the state). The point is not even really to conduct an audit.

The obviously political object is to legitimize the 2020 coup attempt in order to soften the ground for the next one — and there will be a next one.

In the broad strategy, the frenzied mobs were meant to inspire terror — and obedience among Republicans — while Rudy Giuliani and his co-conspirators tried to get the election nullified on some risible legal pretext or another. Republicans needed both pieces — neither the mob violence nor an inconclusive legal ruling would have been sufficient on its own to keep Mr. Trump in power.

True to form, Mr. Trump was able to supply the mob but not the procedural victory. His coup attempt was frustrated in no small part by a thin gray line of bureaucratic fortitude — Republican officials at the state and local levels who had the grit to resist intense pressure from the president and do their jobs.

Current efforts like the one in Florida are intended to terrorize them into compliance today or, short of that, to push such officials into retirement so that they can be replaced with more pliant partisans. The lonely little band of Republican officials who stopped the 2020 coup is going to be smaller and lonelier the next time around.

That’s why the Great Satan for the Republican Party right now is not Mr. Biden but Representative Liz Cheney of Wyoming, one of a small number of Republicans willing to speak honestly about Jan. 6 and to support the investigation into it — and willing to contradict powerful people like Kevin McCarthy of California, who has falsely (and preposterously) claimed that the F.B.I. has cleared Mr. Trump of any involvement in Jan. 6.

The emerging Republican orthodoxy on Jan. 6 is created by pure political engineering, with most party leaders either minimizing, halfheartedly defending or wholeheartedly celebrating the coup, depending on their audience and ambitions. Pragmatic party leaders like Mitch McConnell, and others like him who were never passionately united with Mr. Trump but need his voters, are hoping that the memory of the riot gets swept away by the ugly news from Afghanistan and the usual hurly-burly. But other Republicans have praised the rioters: Representative Madison Cawthorn of North Carolina insisted that those who have been jailed are “political prisoners” and warned that “bloodshed” might follow another “stolen” election. The middle-ground Republican consensus is that the sacking of the Capitol was at worst the unfortunate escalation of a well-intentioned protest involving legitimate electoral grievances.