Re “In London, Fury Over the Lack of Safe Spaces for Women” (news article, March 15):

It is now almost 50 years since I marched with thousands of my sisters to demand safety on the streets. Our rallying cry was “Take Back the Night.”

The women in London use the slogan “Reclaim These Streets.” Eerily similar. Fifty years. It breaks my heart.

Decades ago, I taught composition at a community college in the Bronx. All of my students were bright and capable, but one stood out. A young woman, she was perceptive and thoughtful in class and an excellent writer.

One day, she didn’t show up to class. I tried calling her, but there was no answer. The next class she came in limping, holding her arm to her side, and with a bruise on her face. I pulled her aside after class to see if I could be helpful.

She let it be known that she had been beaten up by her boyfriend. “Do you want me to call the cops?” I asked her. She looked me in the eye and shook her head. “He is a cop.”

I never saw her again.

The Safety of Medical Marijuana 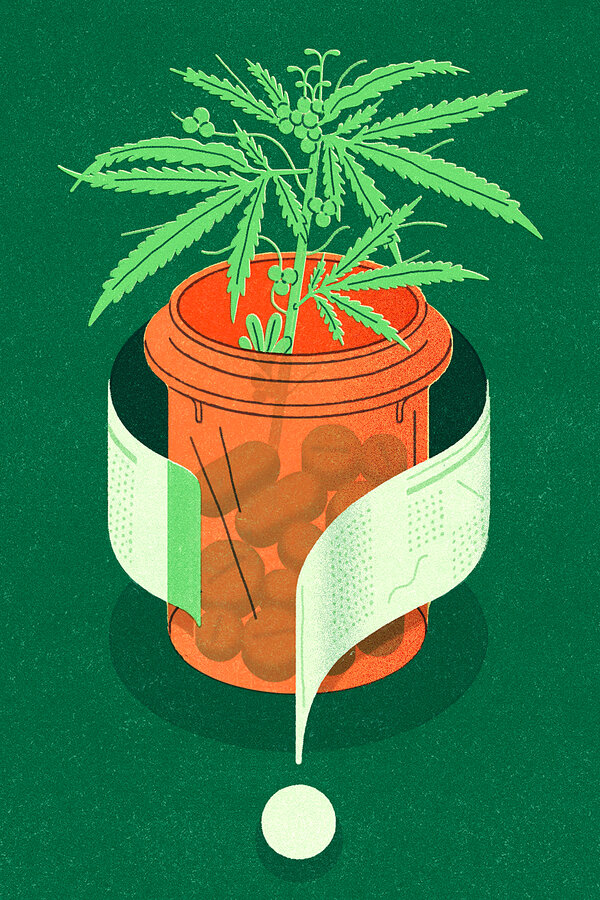 The allegation that many of “the same health concerns raised decades ago about using marijuana therapeutically are still unresolved” is far from the case.

In fact, our understanding of the cannabis plant, its therapeutic properties, its mechanisms of action and its relative safety compared with other prescription medications has increased exponentially in past years. Since 2010, scientists have published over 20,000 peer-reviewed papers specific to cannabis, according to data compiled by the National Library of Medicine.

Clinical trial programs in California and Colorado and other states have sponsored dozens of F.D.A.-approved gold-standard studies evaluating the use of cannabis by different patient populations. Virtually all of these trials have shown success, particularly in the treatment of chronic pain.

No substance is effective for everyone all the time. But millions of Americans have found relief from cannabis, and the science is on their side.

Paul Armentano
Washington
The writer is deputy director of the National Organization for the Reform of Marijuana Laws.

Re “Joining the Flock for a Spin,” by Amanda Hess (Critic’s Notebook, March 17):

I never feel as American as when working out with Peloton. Cooling down to Tom Petty, pumping my legs to Creedence Clearwater Revival, climbing to Coolio’s “Gangsta’s Paradise.”

I moved to America from India when I was 9 years old. As a teenager I listened to jazz and funk in my best friend’s 1984 Volvo. I guess I’m an immigrant, but I feel all-American.

I’ve never been to Memphis, but when I bike to “Walking in Memphis,” I feel as if I’m on Beale Street. Singing “Louie Louie” out loud, I’m transported to the bleachers at a football game.

Since 2016, I’ve thought of leaving this country, but every time I click Play on a Peloton workout, I’m reminded I’m part of this large American family. This is home.