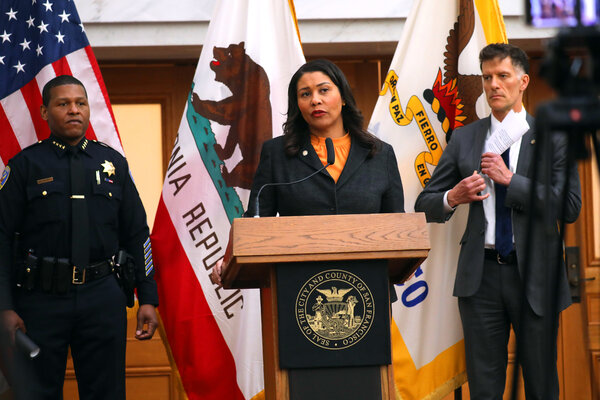 Mr. Fortner is a professor at Claremont McKenna College. His first book was about how Black communities in the 1970s came to support aggressive policing and draconian sentencing for drug possession.

We have a violence problem. This fact can no longer be ignored. Homicides increased more than 5 percent in 27 major American cities in 2021 over 2020, according to one study. Last year, at least 12 of those cities broke annual homicide records. Murders in New York City rose by 4 percent and in Chicago by 3 percent, following huge increases (45 percent and 55 percent, respectively) in 2020. In Los Angeles, homicides rose by 12 percent in 2021.

This crisis has landed squarely on the doorstep of Democrats, who control Washington and the statehouses of several large states, dominate many city governments and control urban policing agencies, and yet still seem unable to mount a cohesive response, divided between doctrinaire progressives and ambitious career politicians. None of this bodes well for public safety or criminal justice reform.

Progressive prosecutors, like Alvin Bragg in Manhattan, Chesa Boudin in San Francisco and George Gascón in Los Angeles, are still dogmatically devoted to reducing law enforcement’s footprint. At the same time, some Democratic mayors who once embraced the righteous indignation of grass-roots efforts to defund the police, like London Breed in San Francisco, have had a change of heart.

In the aftermath of George Floyd’s murder, Ms. Breed redirected millions of dollars from law enforcement to social programs. Then a spike in violence hit her city. From 2020 to 2021, fatal and nonfatal shooting incidents rose by 33 percent in San Francisco. And in December, she declared a state of emergency to combat illicit drug use and dealing in the city’s Tenderloin neighborhood. “I’m proud this city believes in giving people second chances,” she said, before insisting that there needs “to be accountability when someone does break the law.” As she put it in her speech, “Our compassion cannot be mistaken for weakness or indifference.”

For his part, Mr. Boudin has lambasted “knee-jerk reactions” and “shortsighted” approaches to his city’s crime problem and recommitted himself to “addressing root causes of crime.”