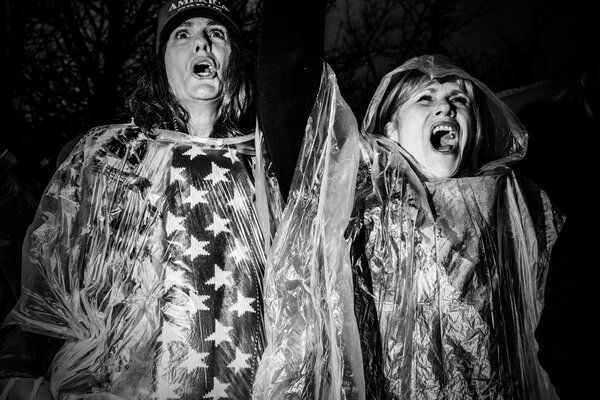 Mr. Ahmari is a contributing editor of The American Conservative and a visiting fellow at Franciscan University.

This article is part of a collection on the events of Jan. 6, one year later. Read more in a note from Times Opinion’s politics editor Ezekiel Kweku in our Opinion Today newsletter.

From justified fury to impotence: That about sums up the tragic cycle of American populism, from the early republic down to our time. So it was, all too often, with Jacksonian democracy and the later agrarian revolts of the 19th century. And so it may be with Trumpism, which harnessed popular rage against the elites of both parties but couldn’t operate the machinery of power and devolved, in the end, into the cornpone intifada of Jan. 6, 2021.

For many people, Jan. 6 was the day freedom almost died, the culmination of four years of Trumpian attacks on our democracy. It has demanded nothing less than total condemnation and an iron resolve to make sure it never happens again. This is to be expected: The latest populist surge hardened our elite consensus as never before, forcing most elites, center, left and right, to notice they share more with one another than either camp does with Donald Trump’s base.

So be it. Yet the event takes on a different aspect when set against a backdrop populated by figures like Andrew Jackson and William Jennings Bryan. From that view, the trouble with Trumpism appears to be something else: It’s not that it was too radical — it wasn’t radical enough. It did not go to the true root of the nation’s festering problems.

The elite forces arrayed against the 45th president and his supporters deserved a populist rebuke. For four years, they sought to undermine the legitimacy of the Trump presidency on the pretext of a dubious and feverishly hyped charge of Russian collusion. Media, academic, corporate and tech institutions — the regime — threw overboard all the old norms, in the name of defending norms.