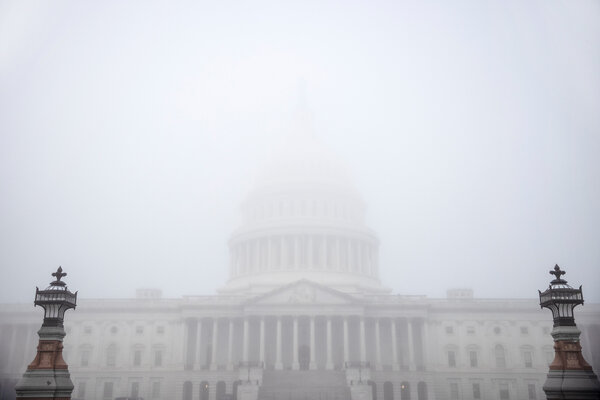 America desperately needs to start investing in itself. And it can easily afford to do so.

But the path to a better future has been blocked by partisanship and misguided concepts of fiscal rectitude. Which is why I’m pleased to see members of Congress embracing budget chicanery.

The background: The Senate appears on the verge of passing a bipartisan infrastructure bill — that is, a bill receiving support from a large enough minority of Republican senators to overcome the filibuster. This bill falls far short of what America really needs; it will be up to Democrats to fill the gaps with additional legislation enacted via reconciliation. Still, it’s a major political achievement, especially after the way “infrastructure week” became a running joke during the Trump era.

But how did the Senate get there? The politics were fairly obvious: Infrastructure spending is very popular, and a significant number of Republicans didn’t want to be seen as complete obstructionists. What wasn’t clear, however, was how the spending would be financed.

On the surface, Republican demands should have made agreement impossible. G.O.P. senators were adamantly opposed to tax increases. They also blocked proposals to give the I.R.S. resources to crack down on widespread tax evasion — a stance that even cynics like yours truly found a bit shocking. What kind of party more or less openly aligns itself with wealthy tax cheats?

At the same time, however, Republicans insisted that the new spending be paid for — unlike, say, the tax cut they rammed through in 2017, which they blithely (and falsely) claimed would pay for itself.

You might say, in other words, that infrastructure investment would be paid for with smoke and mirrors. (The Congressional Budget Office agrees.) And that’s OK! In fact, it’s probably a good thing.

To see why, we need to look at the arithmetic of debt in a time of low interest rates.

Imagine, to use a round number, that the federal government were to go out right now and borrow $1 trillion — and that it were to do so without making any provisions for servicing the additional debt. That is, it wouldn’t raise any taxes or cut any spending to pay off the principal; it wouldn’t even do anything to cover interest payments, simply borrowing more money as interest came due.

Under these circumstances the debt would grow over time. But it wouldn’t grow very fast: The current interest rate on long-term U.S. debt is less than 1.2 percent, so after a decade the debt would have risen only about 13 percent.

And debt growth would be vastly outpaced by growth in the economy: The Congressional Budget Office projects a 50 percent rise in dollar G.D.P. over the next 10 years. Debt wouldn’t snowball; relative to the economy, it would melt.

So the fact that the infrastructure bill would, in practice, pay for public investment with borrowed money isn’t anything to worry about. If the investment is worth undertaking — and it is — we should just do it.

What about concerns that higher spending would be inflationary? Here’s where you need a sense of relative magnitudes. We’re talking about spending that would be spread across a decade — a decade during which the budget office estimates that America’s total G.D.P. will be $287 trillion. So even several trillion dollars in public investment would amount only to modest fiscal stimulus as a percentage of G.D.P., with any possible inflationary impact easily controlled by slightly tighter monetary policy.

Now, the Democrats-only part of the public investment program probably will include some genuine sources of new revenue, if only to satisfy moderates still unduly worried about debt.

But when it comes to finding these “pay-fors,” the G.O.P.’s refusal to raise taxes or even try to collect taxes owed under current law may have done Democrats a favor. Why? Because Democrats can now pay for a lot of what they want with extremely popular policies.

Polls consistently show strong support for raising taxes on corporations and the wealthy. I haven’t seen polling on the idea of getting wealthy tax cheats to pay what they owe, but I think we can safely assume that this would be even more popular. So Republicans have offered Democrats a golden opportunity to show themselves both fiscally responsible and on the side of hard-working Americans as opposed to cheating elites.

Fundamentally, of course, we shouldn’t be having any of this discussion. In a better world, politicians would honestly and forthrightly point out that governments, like businesses, should sometimes borrow money so they can make productive investments.

But if politicians feel the need instead to obscure what they’re doing with a bit of fiscal hocus-pocus, that’s better than not investing at all. Creative accounting in pursuit of a better future is no vice.