Imagine living alone in a room the size of a freight elevator for almost two decades.

As a 15-year-old, I was condemned to long-term solitary confinement in the Florida prison system, which ultimately lasted for 18 consecutive years. From 1992 to 2010. From age 15 to 33. From the end of the George H.W. Bush administration to the beginnings of the Obama era.

For 18 years I didn’t have a window in my room to distract myself from the intensity of my confinement. I wasn’t permitted to talk to my fellow prisoners or even to myself. I didn’t have healthy, nutritious food; I was given just enough to not die.

These circumstances made me think about how I ended up in solitary confinement.

In the summer of 1990, shortly after finishing seventh grade, I was directed by a few older kids to commit a robbery. During the botched attempt, I shot a woman. She suffered serious injuries to her jaw and mouth but survived. It was reckless and foolish on my part, the act of a 13-year-old in crisis, and I’m simply grateful no one died.

For this I was arrested and charged as an adult with armed robbery and attempted murder.

My court-appointed lawyer advised me to plead guilty, telling me that the maximum sentence would be 15 years. So I did. But my sentence wasn’t 15 years — it was life imprisonment without the possibility of parole.

I was thrown into solitary confinement the day I arrived at the Reception and Medical Center, a state prison in Lake Butler, Fla., because of my young age. Three weeks in, I was transferred to the general population of a different prison. But a year and a half later, at age 15, I was put back into solitary confinement after being written up for a few minor infractions.

I had no idea that I would be in isolation for the next 18 years.

Florida has different levels of solitary confinement; I spent the majority of that time in one of the most restrictive. Nearly two decades caged in a roughly 7-by-10-foot room passed before I was rotated between the general population area and solitary for six more years. I was finally released from prison in 2016 thanks to my lawyer, Bryan Stevenson, and the Equal Justice Initiative.

Researchers have long concluded that solitary confinement causes post-traumatic stress disorder and impairs prisoners’ ability to adjust to society long after they leave their cell. United Nations standards on the treatment of prisoners prohibits solitary confinement for more than 15 days, declaring it “cruel, inhuman or degrading.”

Yet the practice, even for minors, is still common in the United States, and efforts to end it have been spotty: In 2016, the Obama administration banned juvenile solitary confinement in federal prisons, and a handful of states have advanced similar reforms for both children and adults.

Because solitary confinement is hidden from public view and the broader prison population, egregious abuses are left unchecked. I watched a corrections officer spray a blind prisoner in the face with chemicals simply because he was standing by the door of his cell as a female nurse walked by. The prisoner later told me that to justify the spraying, the officer claimed the prisoner masturbated in front of the nurse.

I also witnessed the human consequences of the harshness of solitary firsthand: Some people would resort to cutting their stomachs open with a razor and sticking a plastic spork inside their intestines just so they could spend a week in the comfort of a hospital room with a television. Just so they could have a semblance of freedom. Just so they could feel human again.

On occasion, I purposely overdosed on Tylenol so that I could spend a night in the hospital. For even one night, it was worth the pain.

Another time, I was told I’d be switching dorms, and I politely asked to remain where I was because a guard in the new area had been overly aggressive with me. In response, four or five officers handcuffed me, picked me up by my feet and shoulders, and marched with me to my new dorm — using my head to ram the four steel doors on the way there. When we reached my new cell, they dropped me face-first onto the concrete floor. Cheek pressed to the cold concrete, I lay there, staring at the blank wall, shaking in fear and pain. I couldn’t believe I was still alive.

I served 18 consecutive years in isolation because each minor disciplinary infraction — like having a magazine that had another prisoner’s name on the mailing label — added an additional six months to my time in solitary confinement. The punishments were wholly disproportionate to the infractions. Before I knew it, months in solitary bled into years, years into almost two decades.

No child should have to use their imagination this way — to survive.

No matter the count, I witnessed too many people lose their minds while isolated. They’d involuntarily cross a line and simply never return to sanity. Perhaps they didn’t want to. Staying in their mind was the better, safer, more humane option.

After spending nearly two years in solitary confinement as a teenager at Rikers Island without being convicted of a crime, Kalief Browder died by suicide at 22 years old. Others, like Carina Montes, 29, died by suicide during solitary — even while she was on suicide watch.

Solitary confinement is cruel and unusual punishment, something prohibited by the Eighth Amendment, yet prisons continue to practice it.

Reform efforts for solitary confinement are woefully few and far between. About 15 years ago, I testified for the plaintiffs in Osterback v. Moore, a class-action lawsuit that sought to reform Florida’s solitary confinement system. Although a settlement in the case resulted in modest improvements, including a reduction of inmates held in solitary and an increase in mental health treatment, more meaningful reform is needed.

And it’s possible: State legislatures can pass legislation reforming solitary confinement, as New York recently did. (The bill awaits a signature from Gov. Andrew Cuomo.) And mayors and governors can do their part to end the practice through executive action. Mayor Bill de Blasio, for example, recently moved to end solitary confinement in New York City jails.

When it comes to children, elimination is the only moral option. And if ending solitary confinement for adults isn’t politically viable, public officials should at least limit the length of confinement to 15 days or fewer, in compliance with the U.N. standards.

In the meantime, prisoners in Florida like Darryl Streeter, inmate No. 514988, are forced to spend their lives in long-term isolation. He recently told me by phone that he’s been in solitary confinement for 24 consecutive years. That’s almost a quarter of a century. A generation. 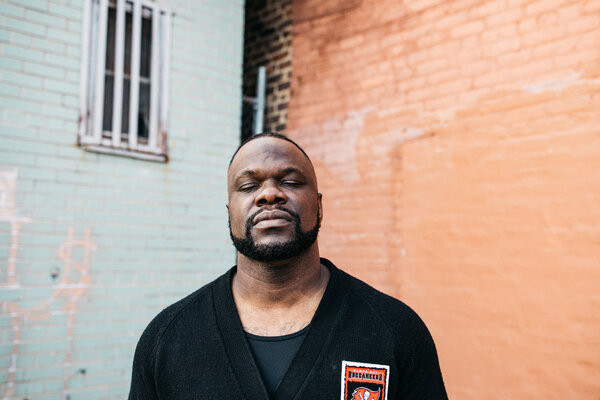 As I try to reintegrate into society, small things often awaken painful memories from solitary. Sometimes relationships feel constraining. It’s difficult to maintain the attention span required for a rigid 9-to-5 job. At first, crossing the street and seeing cars and bikes racing toward me felt terrifying.

I will face PTSD and challenges big and small for the rest of my life because of what I was subjected to. Some things I’ve grown accustomed to. Some things I haven’t. And some things I never will — most of all, that this country can treat human beings, especially children, as cruelly as I was treated.

Sadly, solitary confinement for juveniles is still permissible in many states. But we have the power to change that — to ensure that the harrowing injustice I suffered as a young boy never happens to another child in America.

Ian Manuel (@ianmanuelofficial) is an activist and author of the forthcoming memoir “My Time Will Come.”