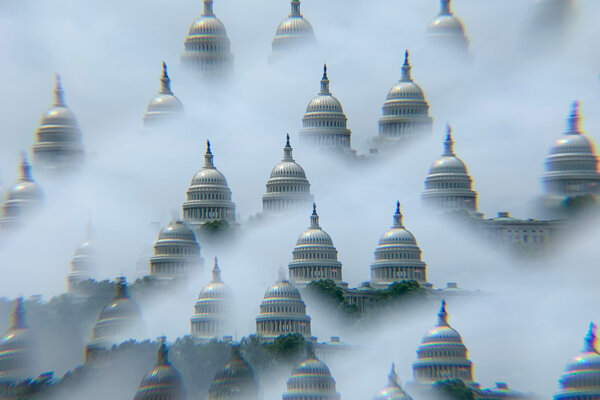 Mr. Pareene has covered politics and the Senate since 2004.

Around the time of the enactment of the Coronavirus Aid, Relief and Economic Security Act, in March, the political commentariat devoted a lot of airtime and column inches to a telling question: What lessons had President Joe Biden and the Democratic Party learned from the Obama era? Congressional Democrats passed the relief bill on a party-line vote. Watering it down to achieve bipartisan support would have been a “mistake,” Senator Chuck Schumer, the majority leader, said at the time, one that Democrats would not be making again. The administration only had so much time, after all, to try to pass the most pro-worker labor reforms in a generation, or to put an end to congressional malapportionment.

Well, now it’s August, and Congress has not passed either of those things (or a serious climate bill, or major health care reform, or immigration reform). Instead, we might soon get a larger than usual bipartisan highway bill, if the Senate manages to pass it before heading off for recess.

What may appear to be an imminent victory for bipartisan deal-making was in fact a drawn-out demonstration of how broken the Senate is as an institution. The Senate (with the White House’s support) wasted months cajoling and rehabilitating a handful of key Republicans only to pass a smaller version of something Democrats could theoretically have passed entirely on their own. Moving the bill forward only looks like a victory if one accepts the sclerosis and dysfunction of the Senate as a natural obstacle to be overcome with cunning and patience, not a self-imposed limitation on effective and responsive governance.

The Democrats, of course, have the slimmest possible Senate vote margin, and the party’s right flank — Senators Joe Manchin and Kyrsten Sinema in particular — made it clear that they did not support eliminating the Senate’s de facto 60 vote requirement for legislation. Mr. Biden’s full infrastructure plan would not have passed with 51 votes the day after the Covid relief bill even if he had tried to do it that way.

So the White House, early on, threw itself into trying to hash out a bipartisan bill (and then, they promise, a more ambitious reconciliation attempt) with the gusto of a group very used to brokering bipartisan megadeals that (more often than not, in recent history) fall apart at the last moment. Any White House effort to get two Democratic senators, Mr. Manchin and Ms. Sinema, on board without also bringing along at least 10 of their Republican friends was quickly thrown aside. In fact, as White House insiders told political reporters last spring, holding extended bipartisan negotiations that fall apart at the last moment was the plan for winning the support of Mr. Manchin and Ms. Sinema.