The Black Death (1347-51) devastated European society. Writing four decades after the event, the English monk and chronicler, Thomas Walsingham, remarked that “so much wretchedness followed these ills that afterwards the world could never return to its former state.”

This medieval commentary reflects a lived reality: a world turned upside down by mass fear, contagion and death.

Yet society recovered. Life continued despite the uncertainty. But it was not “business-as-usual” in the aftermath — the threat of plague remained.

The post-Black Death world had “not been made any better by its renewal.” The French monk, Guillaume de Nangis, lamented that men were more “miserly and grasping,” “greedy and quarrelsome” and involved in more “brawls, disputes and lawsuits.”

The shortage of workers in the aftermath was acute. The contemporary Historia Roffensis notes that swaths of land in England “remained uncultivated,” in a world dependent on agricultural production.

A scarcity of goods soon followed, forcing some landlords in the realm to lower or pardon rents in order to keep their tenants. “If labourers work not,” quipped the English preacher, Thomas Wimbledon, “priests and knights must become cultivators and herdsmen, or else die for want of bodily sustenance.”

Sometimes, the stimulus came by force. In 1349, the English government issued its Ordinance of Laborers, which legislated able-bodied men and women be paid salaries and wages at the pre-plague 1346 rate.

Other times, the recovery was more organic. According to the French Carmelite friar, Jean de Venette, “everywhere women conceived more readily than usual,” none was barren and pregnant women abounded. Several gave birth to twins and triplets, signalling a new age in the aftermath of such a great mortality.

A common and familiar enemy

Then the plague returned. A second pestilence struck England in 1361. A third wave affected several other countries in 1369. A fourth and fifth wave followed in 1374-79 and 1390-93 respectively. 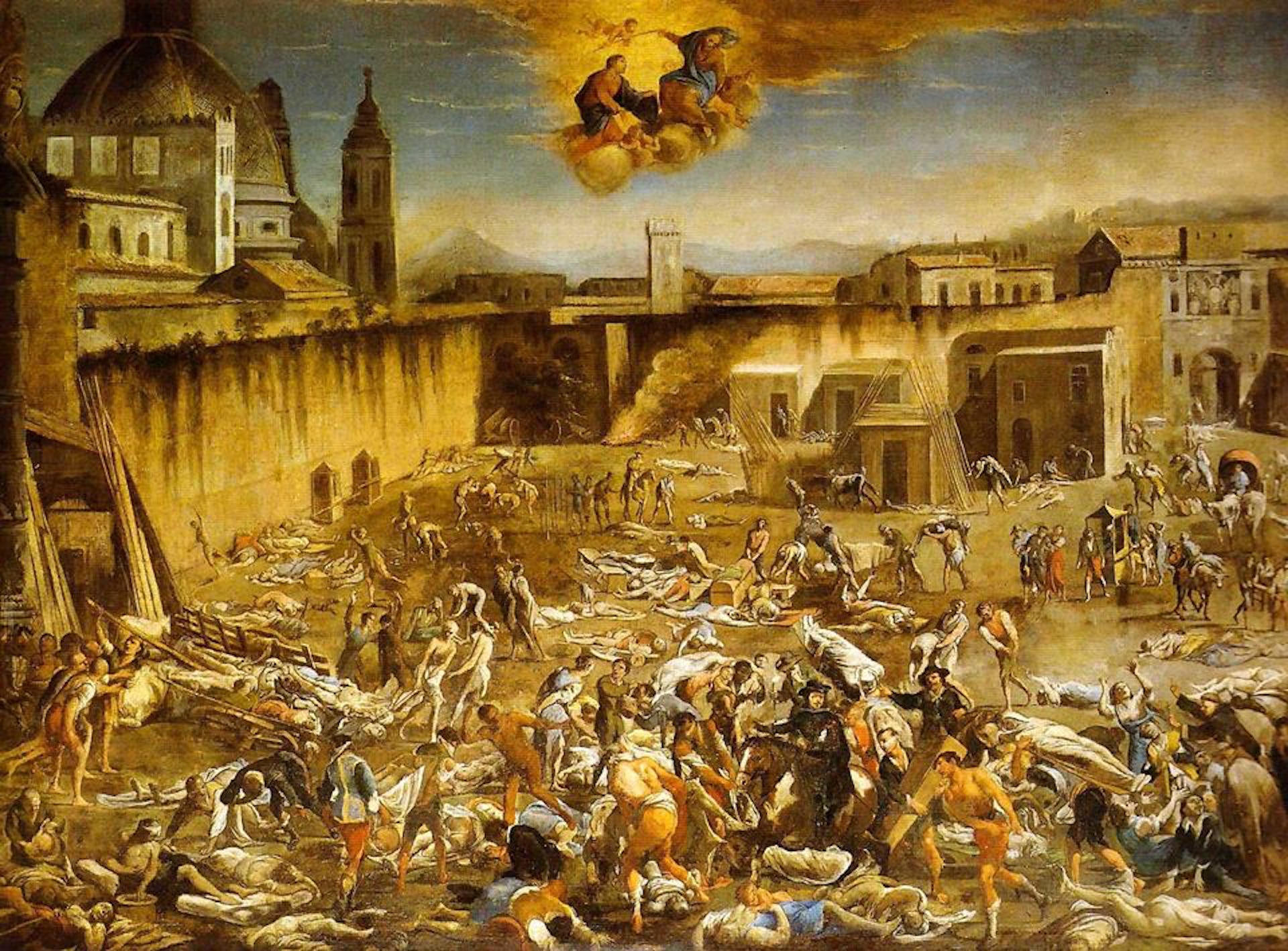 Plague was a constant feature in late medieval and early modern life. Between 1348 and 1670, wrote historians Andrew Cunningham and Ole Peter Grell, it was a regular and recurring event:

“… sometimes across vast regions, sometimes only in a few localities, but without omitting a single annual link in this long and mournful chain.”

The disease impacted communities, villages and towns with greater risks to urban centres. With its dense population, London was scarcely free from disease with large outbreaks in 1603, 1625, 1636 and the “Great Plague” of 1665, which claimed 15 per cent of the city’s population. 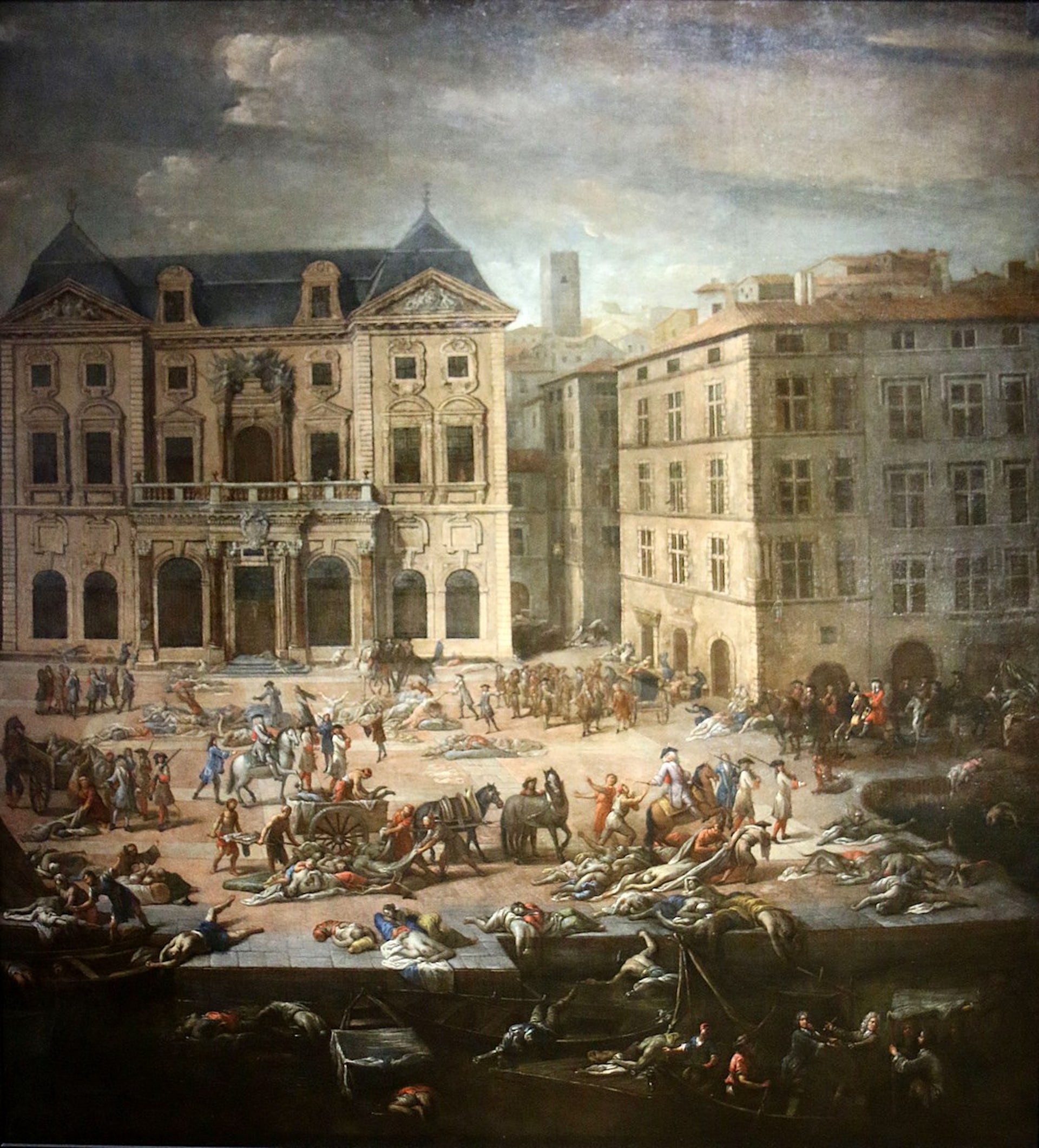 The plague began to rage there within a matter of weeks. A corrupt doctor, false bills of health, political and economic pressures to unload the ship’s merchandise, and corrupt officials investigating the initial spread of the disease, all contributed to a disaster that could scarcely be contained in southern France.

Hospitals were saturated, unable to “receive the vast quantity of sick which came to them in throngs.” Exercising “double diligence,” authorities built new hospitals in the alleys, “fitted up large tents” on the city’s outskirts, filling them with “as many straw beds as possibly could remain there.”

Fearful of transmission on its shores, the English government quickly updated its protective measures. The Quarantine Act of 1721 threatened violence, imprisonment or death on anyone endeavouring to escape the enforced confinement, or those refusing to obey the new restrictions. 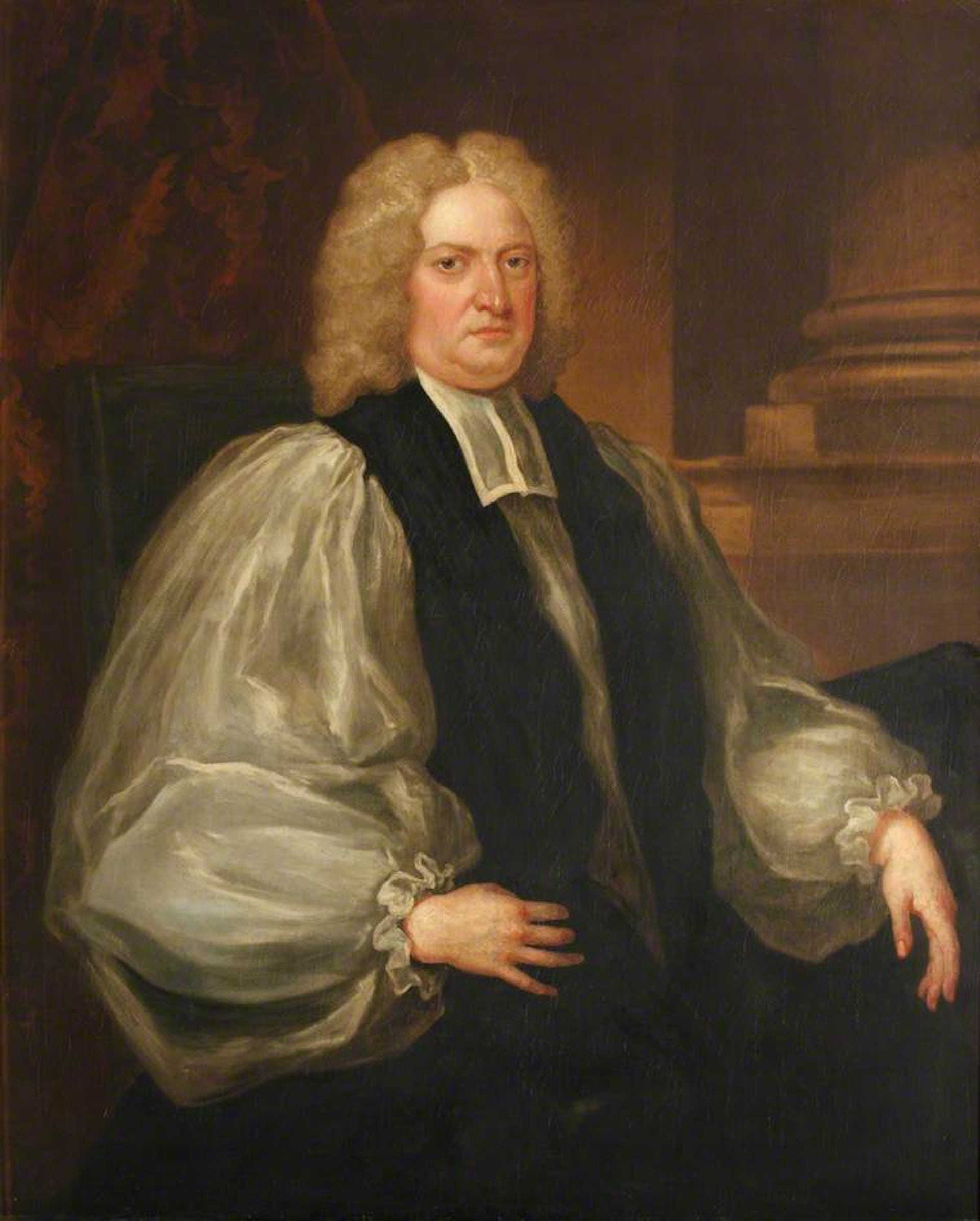 Some deemed these measures unnecessary. “Infection may have killed its thousands,” wrote one anonymous author, “but shutting up hath killed its ten thousands.”

Edmund Gibson, the bishop of London and an apologist for the government, disagreed. “Where the disease is desperate,” he wrote, “the remedy must be so too.” As such, he wrote, there was no point dwelling “upon rights and liberties, and the ease and convenience of mankind, when there was plague hanging over our heads.”

Social dislocation was an inevitable result — a necessary evil. But as medieval and early modern experiences with plague remind us, it is not a permanent fixture.

Kriston R. Rennie, Visiting fellow at the Pontifical Institute of Mediaeval Studies, Toronto, and associate professor in Medieval History, The University of Queensland.

This article is republished from The Conversation under a Creative Commons licence. Read the original article.