This is a fine time to be British. Indeed, to be proud to be British. You would not, to be sure, think so from this past week in London – as the House of Commons humiliated Prime Minister Theresa May by throwing out her plan for Brexit in Tuesday by 432 votes to 202 – an unprecedented rejection. On Wednesday, the Labour Party moved that her government had lost the confidence of the House – a maneuver defeated only narrowly, by 325 votes to 306. 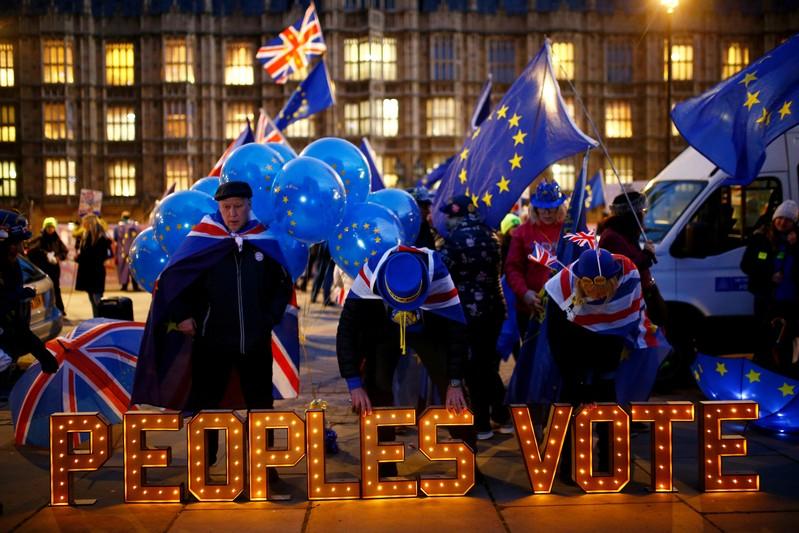 The British, and foreign, news media would guide you to seeing the events as pure, destructive chaos. In an article for CNN, Stephen Collinson writes of the United States and the UK that it’s “hard to believe that two such robust democracies, long seen by the rest of the world as beacons of stability, have dissolved into such bitter civic dysfunction.” Hard to believe only if you see democracy as the smooth management of affairs by an elite. This is what democracy looks like when a citizenry is grappling with fundamental issues – or should.

A nationwide debate is under way on the nature of British – and by extension European – governance, which has rumbled and grumbled under the surface for decades. The decision by then Conservative Prime Minister, David Cameron, to hold a referendum on European Union membership in 2016 – a decision he now says he does not regret – was one for which he believed he could win easy assent.

This was in part a question of internal party management, but it had support from influential voices in Labour too, and addressed a threat of widespread desertion from both major parties to the quickly growing United Kingdom Independence Party (UKIP). The politicians, especially those from the bulk of England outside of the rich, cosmopolitan south-east, heard the growing clamor of men and women whose living standards had stagnated, as well as from those who called for more democratic control from a political center they could understand and influence – the Westminster parliament.

Like any such wide and deep civic disruption, the vote for Brexit exacts the price of economic instability and likely future reduction in national GDP. Fear of this prompted me – and others – to vote to remain in the EU. That fear has spread: a poll this week showed that Remainers could outvote Brexiteers by as much as ten percent: a poll last month showed the gap at 18 percent. Indications like these encourage Remainers to call for a second referendum, a proposal which could cleave British politics into two warring camps, but may also be the only way out of a parliamentary logjam, where no single strategy commands a majority. Uncertainty attends every move: such is the nature of a popular surge seeking – peacefully – a different relationship with political power.

Democratic turmoil has also come to Europe – but not to the European Union. The two national leaders most committed to reviving a movement to greater EU integration – French President Emmanuel Macron and German Chancellor Angela Merkel – have themselves been drawn into democratic maelstroms, which have meant they are both much weakened at home.

The Brussels leadership of the EU – Commission President Jean-Claude Juncker and European Council President Donald Tusk – have not had the same popular drubbing. They seem not to have grasped that Brexit, and the surge of France’s “gilets jaunes” protesters, are hugely consequential movements not just for Britain and France, but for the Union as a whole. The EU presently faces its own, increasing strains and the strengthening possibility of recession – prompted by Italy’s rising debt and its reluctance to be bound by EU financial restraints, the end of a long period of quantitative easing which kept interest rates rock bottom – and Brexit itself.

Herein lies the central problem of the EU now. It has chosen to present itself as an adamantine front of 27 states wholly united against the renegade 28th, the UK. They have entrusted the EU’s chief Brexit negotiator, Michel Barnier, to set out the hard facts of a deal which lays down a two-year withdrawal period in which most EU rules would continue to apply, with a severance payment of £39bn ($50 billion). It’s a divorce agreement which may not rival that of Jeff and Mackenzie Bezos, since that could come out at $66bn. But it would take a sizable morsel out of the UK’s GDP (at $2.6 trillion in 2017.)

Yet the hard front is an illusion. The Central European states – Hungary, Poland, the Czech Republic and Slovakia – want continued EU subsidies but recoil from its policies, especially taking a share of the immigrants within Europe. Italy now has a populist government which defies the EU on its spending limits. The country’s rising debt and falling industrial output, together with that of the other main members, now helps to pull the Union towards recession. The “Hanseatic League” of small northern states, under Dutch leadership, explicitly defies any efforts to bring the Union “ever closer” – the strategy to which Juncker and Tusk, as well as Macron, are bound.

This is not a band of brotherly states marching towards a Federal Europe. It is a group of countries of differing political traditions and cultures, with enough in common to have a single market and a growing tradition of cooperation – but with only selective, and minority, appetite to create more than that.

The challenge which confronts the EU, which would include the UK, is that of recognizing the truth of its present condition and of working out how best to decouple the Union from its now counterproductive mission to federalize. Instead of that, there should arise a Union of differing speeds, where neither a desire to form a federal state, nor one to retain sovereignty within existing nations, should be penalized, but accommodated. An EU straitjacket now aggravates rather than solves problems, defeating its initial vision of the creation of a new world power dedicated to freedom.

The continent’s rulers need to grasp what the British establishment has been forced to understand: that politics, and economic decisions, can no longer be located at a distance in institutions citizens do not understand, commanded by figures they do not know. Britain can take real pride that a messy, fraught, passionate struggle over a fundamental principle of democratic and civic life is taking place within it. It should spread across the continent.