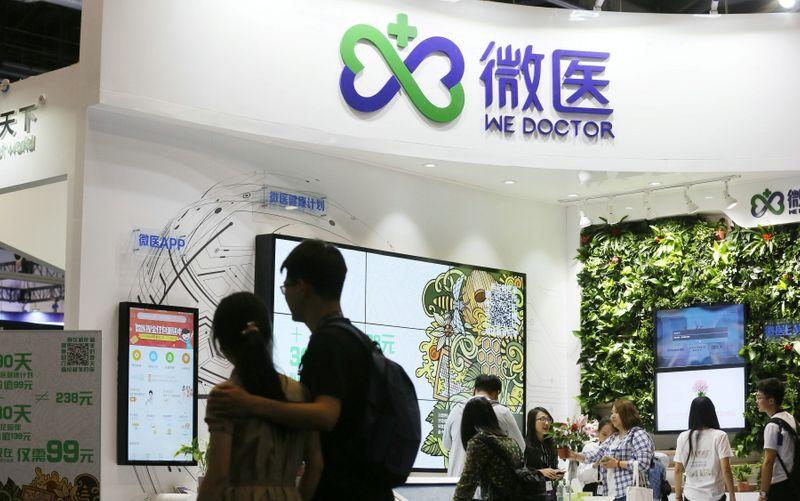 HONG KONG (Reuters) – Citigroup Inc (C.N) has picked up a senior role on the WeDoctor initial public offering (IPO) in Hong Kong that could be worth up to $1 billion after Credit Suisse (CSGN.S) was dropped from the deal, said two people with direct knowledge of the matter.

The deal, slated to occur later this year dependent on financial market conditions, will be led by China Merchants Bank International, Citigroup and JPMorgan Chase & Co (JPM.N) and could value the Chinese online health platform at up to $10 billion.

The people with direct knowledge declined to be identified because they were not authorised to speak with media on the matter.

Citigroup and WeDoctor spokesmen declined to comment on the bank’s appointment.

Credit Suisse was working on the transaction but was dropped due to uncertainty surrounding a regulatory probe of Luckin Coffee Inc (LK.O). The Swiss bank worked on Luckin Coffee’s IPO last year and follow-on equity deals in January.

Investment bankers from rival firms began pitching to WeDoctor this week to pick up the extra role, people close to the process told Reuters.

Luckin Coffee is at the centre of a Chinese Securities Regulatory Commission (CSRC) investigation after the firm said an internal review found its chief operating officer and other staff fabricated sales transactions worth about 2.2 billion yuan ($311.58 million).

The four banks also worked on a follow-on share sale and a convertible bond worth a combined $980 mln in January.